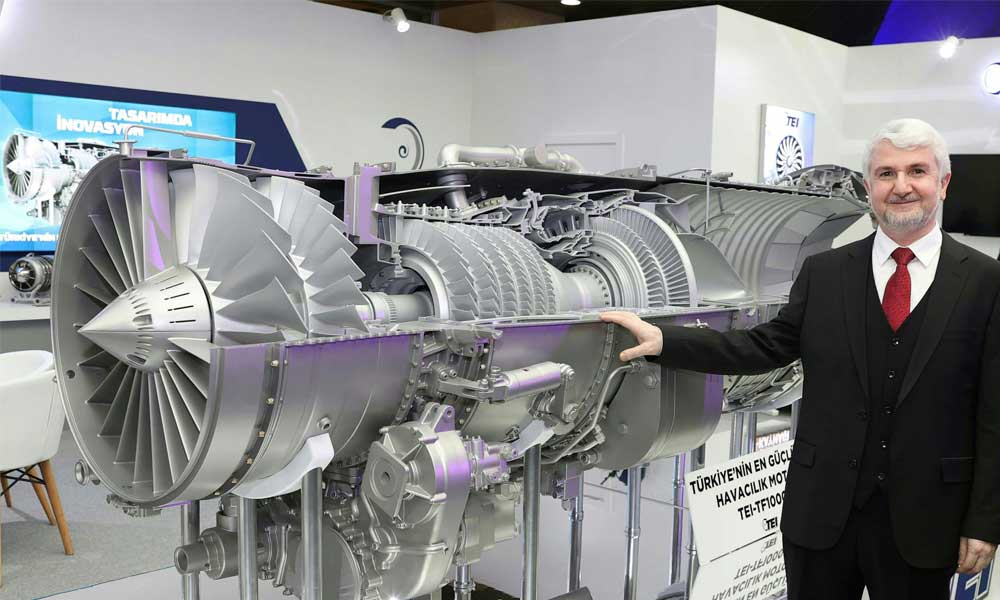 The engine company TEI, launched the TEI-TF10000 engine at the Turkey Innovation Week, the most comprehensive event in its field.

The TEI-TF10000 engine, designed by TEI was launched, during the Turkey Innovation Week, Turkey’s comprehensive event in the field of innovation, held at Istanbul Haliç Congress Center on 12-13 December.

The TEI-TF10000 engine, which is designed as a military turbofan engine, can be used in RED class combat unmanned systems, fast attack boats, power plants and regional passenger planes; It represents an important technological achievement for TEI and Turkey on the way to the engine of the National Combat Aircraft. The engine will be able to provide propulsion solution to heavy class helicopters such as ATAK-2 with different configurations to be derived from its core. The one-to-one-scale “mock-up” of the engine, which will produce 10 thousand pounds of thrust together with the afterburner module added to the TEI-TF6000, met with the interested parties for the first time.

President Recep Tayyip Erdoğan attended the opening ceremony of the event, while TEI was awarded the “Strategic Partner” award.

In the event organized with the concept of “New Century of Innovation” this year, TEI General Manager Prof. Dr. Mahmut F. Akşit participated in the panel titled “Turkey, the Rising Star of the Defense Industry”, in which important names from the sector took part.