Karavelioğlu: The machinery industry focused on the opening of the European Union 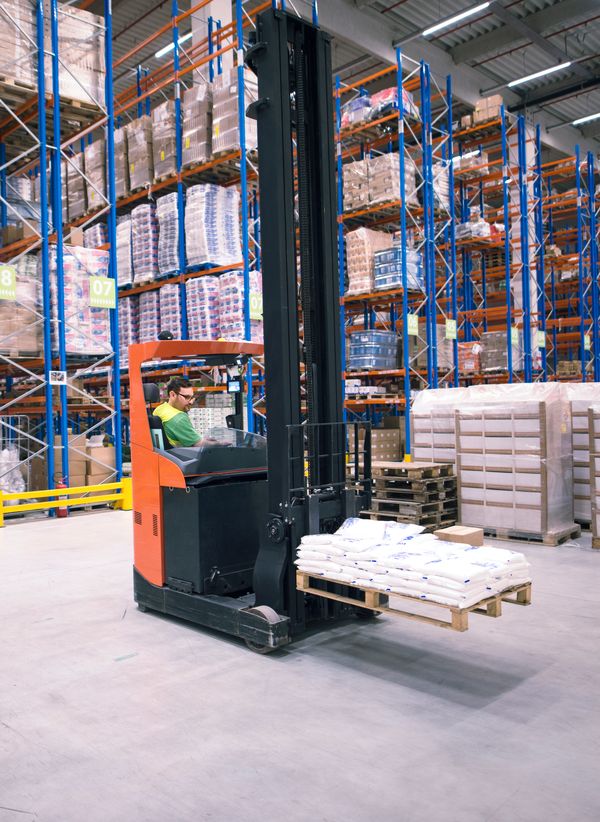 The Machinery Exporters’ Association (MAİB) announced its total machinery exports as 5.3 billion dollars in the first four months of 2020. The sector, whose exports decreased by more than 10 percent compared to the same period of the previous year, remained in exports of 957 million dollars in April.

The survey conducted by the MAİB in cooperation with the Machinery Federation and the TOBB Machinery Sector Assembly reveals that machinery exporter companies suffered a serious business loss due to the epidemic.

Emphasizing that 5 out of 10 manufacturers cannot receive foreign orders in March and April, President of the Machinery Exporters Association Kutlu Karavelioğlu said, “9 out of every 10 companies have no businesses for the next three months. The machinery sector, which must remain open in order for public and infrastructure services to continue smoothly, will continue to operate inefficiently by bearing high costs. In a year when we started well, we had to break, but with the right moves, we can regain speed, ”he said.

The exports of the Turkish machinery industry decreased by more than 10 percent in the first 4 months of the year compared to the same period of the previous year. The industry’s machinery exports remained at $ 5.3 billion in the first 4 months. Exports in April fell 38 percent compared to the same month of the previous year, reaching $ 947 million. The biggest losses in the machinery sector were experienced in the main markets. The export loss in April was realized at an average of 52.5 percent in the 5 major markets where the most machinery was exported. The least decrease among these countries was in Germany with 43 percent, while the decrease in machinery exports to France reached 71 percent in April.

“As the disease moved from the East to the West, our loss increased”

Emphasizing that 59 percent of the turnover achieved by the sector last year came from exports but lost half of this income in April, Kutlu Karavelioğlu, President of the Machinery Exporters Association, said:
“Although we started the year well, our problems increased as our stocks of intermediate goods from the Far East were exhausted. Our market losses rose as the center of the disease shifted towards the West. Last April, we sent machinery worth 564 million dollars to Germany, the USA, United Kingdom, Italy, and France. This year, our April exports to the same countries declined to 283 million dollars. ”

“We are in the exact time and condition to be protected”

Karavelioğlu spoke as follows:
“The most troubled sector in the global economic crisis is the machinery industry. Machine builders all over the world are under pressure; They cannot survive with spare parts and maintenance-repair services that do not reach even 5 percent of their total turnover. It is natural that the competition will be very tough. Customs walls are rising to protect domestic manufacturers from imports.

We had to break in a year when we started well, but with the right moves, we can regain speed. What is needed is public in Turkey and put on the machine’s central strategy documents essential role in re-industrialization is given to the machinery industry it is to keep in mind. Despite this, we believe that it will be more effective and fair to distribute the supports according to the needs of the companies rather than the sectors. ”

“We will launch special campaigns for EU countries”

Karavelioğlu pointed out that the machine is at the center of the 2030 strategies of strong economies such as Germany, China, USA, Japan, and South Korea, but these countries continue to fully implement their action plans, Karavelioğlu said:

“Global leaders in machine manufacturing are looking forward to resuming production after the epidemic. China and Germany in particular want to gain dominance by taking an early role in new global positions. Major producers of the EU, such as Italy, Spain, and France, will come out severely injured by this epidemic. In order to get ahead in the race with our competitors, we must especially embroider the markets of these countries, further strengthen our industrial cooperation with Germany, the locomotive of the European market. The mechanic brands in Turkey, we have special campaigns for all EU countries, especially Germany, we are going to implement this process. ”

“Our imports increased in the month when the world stopped”

During this period they cut their production has stopped and machine manufacturers in Turkey in the world economy, and increasing to 14 percent of imports, according to data of March a surprising data stated that Karavelioğlu, “so the ratio of imports of machinery exports fell to 73 percent from 85. However, last year we reduced the machinery foreign trade deficit to 5 billion dollars