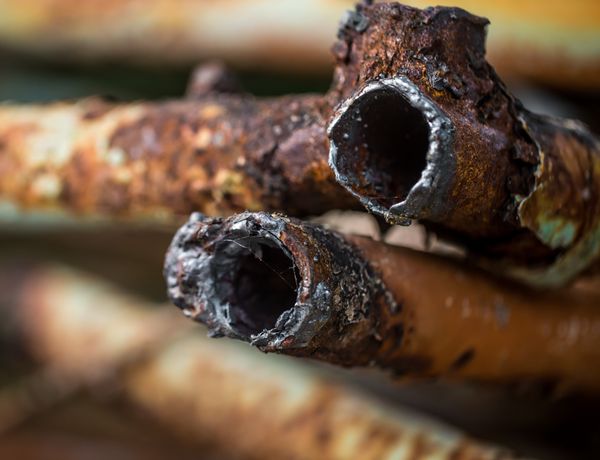 University of California, Riverside researchers have discovered that pipe alloy can react with residual water disinfectants and yield cancer-causing chromium which mixes in dirinking water.

In a study published in the journal Environmental Science & Technology, the researchers told chemical reactions can alter chromium in water pipes into a form which causes cell genetical mutations.

Chromium can naturally be found in soil and water. ItI’s often used as an additive to iron for a corrosion-resistant metal alloy. Trace amounts of trivalent chromium (chromium-3) appear in drinking water, but this chromium form is thought to have no health effects
However, co-author Haizhou Liu, UC Riverside’s Department of Chemical and Environmental Engineering suspected that the chromium in drinking water might be a result of chemical reactions with water disinfectants.
These reactions can produce hexavalent chromium (chromium-6), a carcinogenic substance. The corporation used chromium-6 to reduce corrosion at its gas compressor station. However, the polluted waste water seeped into the ground, contaminating the drinking water in the California town of Hinkley and causing several cases of cancer.
Liu obtained segments of two pipes used for 5 and 70 years, respectively. The researchers induced corrosion on the pipes and measured the amount and types of chromium present in the rust. They put the samples in hypochlorous acid, a popular disinfectant of the chlorine family that is typically used in water treatment plants.
They did not expect to see the zerovalent chromium found in the pipes to transform into the toxic form so quickly. The team conducted modeling experiments to measure the amount of chromium-6 could come out of the tap under real-world conditions. The worst results occurred in drinking water with high bromide levels. Bromide is a toxic chemical used as a water disinfectant and pharmaceutical ingredient, among other things.
The researchers concern the increased usage of recycled and desalinated water, both of which are likely to contain higher bromide levels. The team recommended reducing the use of water disinfectants that react with chromium, as well as pipes with high levels of chromium alloy.