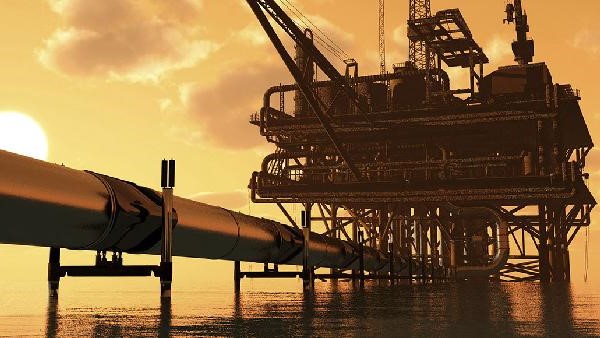 ExxonMobil reports results for the third quarter of 2020

“We remain confident in our long-term strategy and the fundamentals of our business, and are taking the necessary actions to preserve value while protecting the balance sheet and dividend,” said Darren W. Woods, chairman, and chief executive officer. “We are on pace to achieve our 2020 cost-reduction targets and are progressing additional savings next year as we manage through this unprecedented down cycle.”

The company’s preliminary 2021 capital program, which will be reviewed by the board of directors in the fourth quarter, is expected to be in the range of $16 billion to $19 billion, a reduction from the 2020 target of $23 billion announced in April. The company expects to identify further structural efficiencies as it continues previously announced country-by-country reviews.

ExxonMobil announced that it has funded the Payara development offshore Guyana, following government and regulatory approvals. The third major project in the Stabroek Block will have the capacity to produce up to 220,000 oil-equivalent barrels per day after expected startup in 2024. The company also made its 17th and 18th discoveries at the Yellowtail-2 and Redtail-1 wells, respectively, increasing the estimated recoverable resource to nearly 9 billion oil-equivalent barrels on the Stabroek Block.
During the quarter, production volumes in the Permian averaged 401,000 oil-equivalent barrels per day which included full recovery of volumes curtailed in the prior quarter. Full-year 2020 production is anticipated to be approximately 360,000 oil-equivalent barrels per day. Focus remains on lowering overall development costs through efficiency gains and technology applications. Compared to 2019, drilling and completion costs decreased more than 20 percent, while drilling rates (lateral feet per day) and fracturing rates (stages per day) both increased more than 30 percent. Rig count reductions continue, with 10-15 rigs expected to be operating by year-end.

ExxonMobil continues to improve its industry-leading development opportunities, as illustrated by the growth of the recoverable resource base in Guyana to nearly 9 billion barrels of oil equivalent, and other high-value assets in the U.S. Permian Basin, Mozambique, Papua New Guinea, and Brazil. Given the high-quality opportunities in ExxonMobil’s portfolio and the constraints of the current market environment, the corporation is assessing its full portfolio to prioritize assets with the highest value potential within its broad range of available opportunities. This effort includes an ongoing reassessment of North American dry gas assets currently included in the corporation’s development plan. Depending on the outcome of the planning process, including in particular any significant future changes to the corporation’s current development plans for its dry gas portfolio, long-lived assets with carrying values of approximately $25 billion to $30 billion could be at risk for significant impairment. If these assets remain in our long-term development plan, similar to previous years, it is unlikely the assets would be subject to material impairment. The company expects to complete this assessment in the fourth quarter.

ExxonMobil made significant progress during the quarter on previously announced capital and cash operating expense reductions. Planned reductions to the 2020 capital spending program, from $33 billion to $23 billion, are ahead of schedule, reflecting increased efficiencies, lower market prices, and slower project pace. An expected decrease in cash operating expenses of about 15 percent is also ahead of schedule, capturing savings from increased efficiencies, reduced activity, and lower energy costs and volumes.

The company continued to progress work on scaling carbon-capture technologies aimed at reducing emissions. Following 12 months of technical evaluation, ExxonMobil and Global Thermostat announced an expanded joint development agreement to advance and bring to scale breakthrough technology that removes carbon dioxide directly from the atmosphere. ExxonMobil also announced, in collaboration with the University of California, Berkeley, and the Lawrence Berkeley National Laboratory, the discovery of a new material that could capture more than 90 percent of carbon dioxide from industrial sources, such as natural gas-fired power plants.

ExxonMobil built on the company’s longstanding efforts to develop and deliver products that help meet society’s energy needs while reducing environmental impacts. These efforts included an agreement with Global Clean Energy Holdings to purchase 2.5 million barrels of renewable diesel per year for five years from a Bakersfield, CA biorefinery starting in 2022. Based on analysis of California Air Resources Board (CARB) data, renewable diesel from various non-petroleum feedstocks can provide life-cycle greenhouse gas emissions reductions of approximately 40 percent to 80 percent compared to petroleum-based diesel.