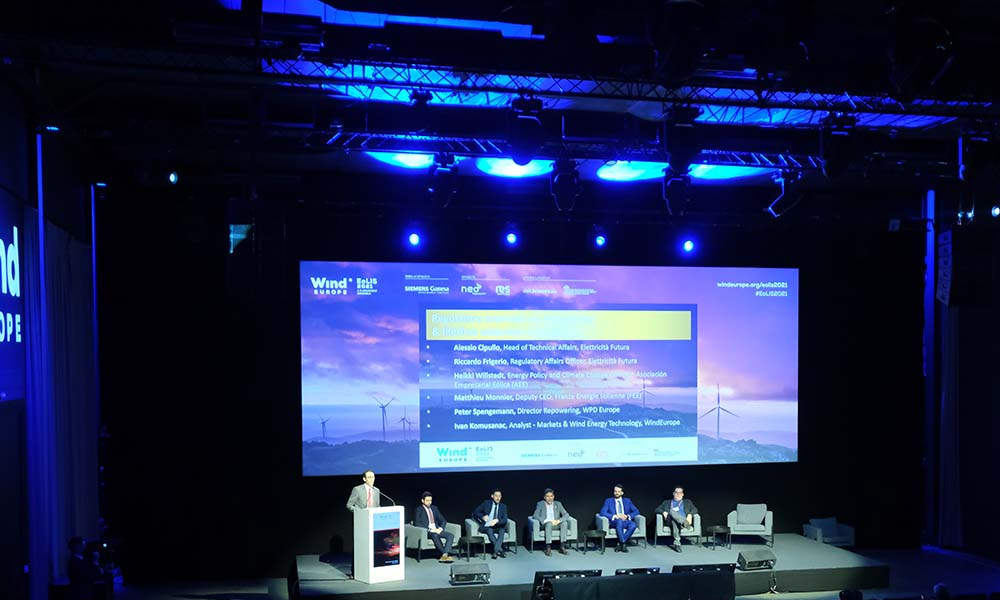 On 4-5 November the European wind industry meets in Brussels for WindEurope’s End-of-Life Issues and Strategies conference (EoLIS2021). The event underlines the need for governments to put in place repowering strategies and transitional arrangements to support the lifetime extension of wind farms. As more and more turbines reach the end of their operational life, the industry will use EoLIS2021 to reinforce its commitment to sustainability and circularity.

In many countries across Europe the first wind farms are now reaching the end of their operational life. As of 2020, 10 GW of wind farms were already over 20 years old. This number will rise to 38 GW by 2025, making it more relevant than ever to discuss end-of-life strategies for ageing wind farms.

On 4-5 November 250 delegates will gather for EoLIS2021, a two-day conference on the repowering, lifetime extension, decommissioning and recycling of wind turbines. Following WindEurope’s call on the European Commission to ban the landfilling of wind turbine blades, the sustainable decommissioning and recycling of these blades will take a prominent role in this year’s programme.

“As an industry we are determined to be at the forefront of sustainability and circularity. We have committed to end the landfilling of blade waste by 2025 and are aiming for 100% circular wind turbines. At EoLIS2021 the industry is showcasing the technologies that will help make this happen”, says WindEurope CEO Giles Dickson.

EoLIS2021 will assess the current regulatory framework for decommissioning and recycling across Europe. The event will also present new technological solutions to recycling and some of Europe’s most promising initiatives, such as the EU Circular Wind Hub, RecycleWind 2.0, FiberEUse, the CETEC initiative, the Ecobulk project and the work of Reciclalia. It will also look at the crucial work happening on the recovery of blade waste in cement co-processing, e.g. by Geocycle in Germany.

Today 90% of a wind turbine can be recycled, using well-established recycling circles. However, the recycling of wind turbine blades remains challenging. They contain complex composite materials – a combination of reinforced fibres (usually glass or carbon fibres) and a polymer matrix. These composites allow for lighter and longer blades with optimised aerodynamics. But their configuration also poses challenges to recycling.

WindEurope expects around 25,000 tonnes of blades to be decommissioned annually by 2025, rising to 52,000 tonnes by 2030. Recycling solutions exist but they are not commercially viable or applicable at scale yet.

WindEurope estimates that for now most turbines reaching the end of their lifetime will opt for some form of lifetime extension – often because the hurdles for repowering are too high. Slow and complex permitting processes and changing legislation discourage operators from repowering. That’s bad: repowering today’s fleet with more modern and more efficient turbines is crucial to achieving Europe’s wind energy expansion targets.

WindEurope data shows that repowering projects on average reduce the number of turbines in a wind farm by 27% while doubling its installed capacity and tripling its electricity output.

“Europe is now starting to dismantle its first generation of onshore wind turbines. It is crucial that we keep the sites going and replace the old turbines with new ones. They’re the sites with the best wind conditions, and the winds farms have become a well-established part of the local economy. Governments need to put in place clear repowering strategies to ensure we make the most of these wind farms”, says Giles Dickson.

“And we need to drastically simplify the permitting procedures for repowering projects. The EU Renewable Energy Directive requires permits for repowering to be decided within one year, but hardly anyone is meeting that deadline now. That’s got to change if Europe wants to deliver on its Green Deal targets”, adds Giles Dickson.

Europe’s biggest wind energy gathering of the year is next week!

“Truckloads of Inspiration” from Interroll