The European Green Deal could be at risk 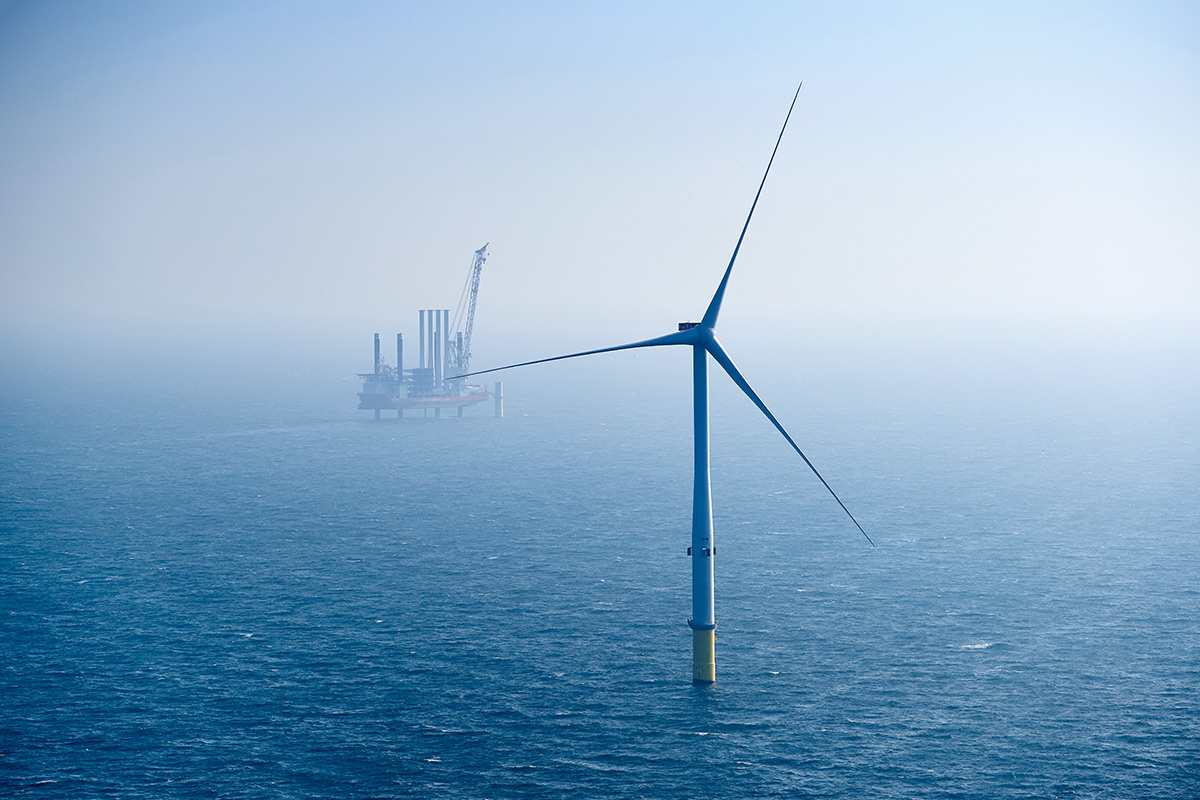 Gilles Dickson, CEO of WindEurope, the association which promotes the use of wind energy in Europe, answered the questions of Gazete Makina.

Stating that Europe is not building enough new wind power farms to meet the EU’s climate and energy targets, Dickson said, “The main problem is the difficulties in obtaining the necessary permits.” The rules and procedures set by the governments to obtain the necessary permits are currently very complex and need to be simplified, Dickson said, “governments have to address this issue. Otherwise, the European Green Deal is at risk”.

In 2020, the first months of the pandemic the environment was more ambiguous, and uncertain for the future of wind energy. Now in 2021, the information on the virus, as well as the economical pathway has become more apparent. To which extent do you think a smooth projection can be made on the future of wind energy especially through installations?

We’ve got a pretty good number of ideas. Especially on the installed capacity for offshore wind. For 2020, 2.3 GW installed for off-shore, and for on-shore. It’s 14.7 GW. In 2021, we expect a higher on-shore wind installation. And somewhere between 12 and 17 GWs. We don’t know yet what the number will be for 2022. And that currently stands. The Outlook is not as vast as 2020 when we turn back to March-April-May when the Covid-19 pandemic arrived. I thought installations would be significantly down, and the expectations; look to be below. In 2021, the expectations raised nicely. And January has been quite resilient this year. The existing wind farms continue to generate electricity. We have continued to build new wind farms. We have continued off-shore wind expansion also we have continued to take final investment decisions.

So we can say a hopeful era, the hopeful time interval is coming for Europe in wind energy?

Some countries declared a “state of emergency” for the emergent precautions to be taken. Can we say the same for wind energy? You have set a route for wind regulations?

Well, we need to modify those rules for permitting the mobilized cases. To get easier the permit from countries for the installations of the wind farms. The topping is the regulations, for instance, installment permit, minimum distance rule (that is, how far the wind farm is to residential areas), heights of the turbines, hub height, tip height, blade height; we need those types of regulations. Yes, we need to improve them, we need to simplify the permitting process.

We can talk about the need for resilience about the procedures, as you say. What variables do you see for implementing this resilience in policies?

All the countries in European Union had to finalize a recovery and resilience plan by the end of April and they had to send it to the European Commission. Some of them have already sent draft plans to Brussels. These plans had to dedicate 37% of the budget to combat climate change, And the plans cannot do harm to European Green Deal. Now the governments have some plans to support investments in the expansion of wind energy.  One element in many  plans is the Elements in plans, investing in the port infrastructure , which are crucial for the expansion in the off-shore wind. Not many countries did, but Europe had to invest 6.5 billion Euros in the port infrastructure. Between now and 2030 to support the necessary expansion in offshore wind. The plans are quite good. Also on electric vehicle charging infrastructure. But they’re less good at investing in electricity grid infrastructure.

Today WindEurope published statistics on wind energy in Europe in 2020. Europe built 14.7 GW of new wind farms in 2020. This was 19% less than what was expected before COVID. 80% of the new capacity was the onshore wind. The Netherlands built the most (2 GW, mostly offshore) followed by Germany, Norway, Spain, and France. The EU 27 accounted for 10.3 GW of the new capacity.

Looking ahead, WindEurope expects Europe to build 105 GW new wind farms over the next 5 years, over 70% of which will be onshore. But this is well below the pace needed to deliver the European Green Deal and climate neutrality. The EU27 are set to build only 15 GW/a new wind over 2021-25, whereas they need to build 17 GW/ an over 2021-30 to deliver the existing 2030 EU renewables target and 27 GW/ to deliver the higher target that’s now coming with the 55% climate target.

The main problem is permitting. Permitting rules and procedures are too complex, and the government at all levels is not employing enough people to process permit applications. The result is it’s taking too long to get permits for new projects, permit decisions are being challenged in courts, and developers are deterred from pursuing new projects because of the risks and costs involved. Governments need to take urgent action to address this.

Can we talk about figures and the projections of these?

The number of older wind turbines reaching the end of their operational life is increasing. In 2020 Europe decommissioned 388 MW of wind energy. Many decommissioned wind farms are being repowered but not enough of them. Obstacles to repowering resulted in Austria ending 2020 with less wind capacity than it had at the start of the year. In the next five years, 38 GW of wind farms will reach 20 years of operation and require a decision on their future: repowering, life-time extension, or full decommissioning.

How is the use of wind energy in Europe?

The wind is now 16% of Europe’s electricity. But Europe is not building enough new wind farms to deliver the EU’s climate and energy goals. The main problem is permitting. Permitting rules and procedures are too complex. Governments have to address this. Otherwise, the European Green Deal is at risk.

What exactly are the concerns?

It’s not just the wind industry that’s worried. So are Europe’s core manufacturing industries that are looking to wind energy to support their decarbonization goals? Steel and chemicals are two energy-intensive sectors that both want more wind farms, to help electrify their processes or to power them with renewable hydrogen. Their competitiveness depends on adequate amounts of affordable wind energy.

Görkem Yılmaz (Ford Otosan): “Automotive industry has never experienced such a period in the last 100 years”