Görkem Yılmaz (Ford Otosan): "Automotive industry has never experienced such a period in the last 100 years" 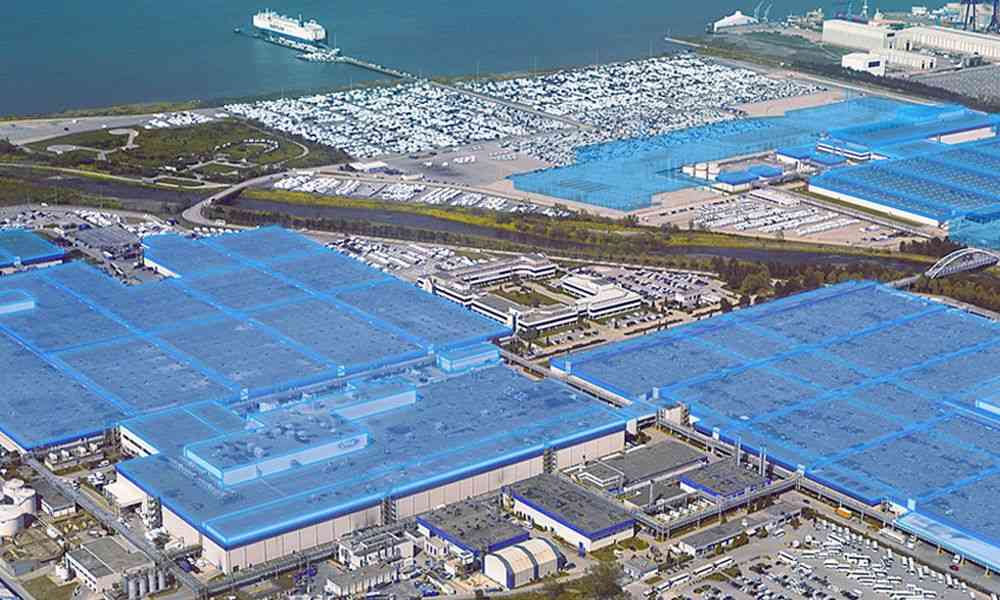 Ford Otosan, the leading enterprise, meeting the demands of domestic and international markets, has continued leveraging the gear in the challenging conditions of the crisis. We’re sharing our interview with Ford’s important name, Görkem Yılmaz.

Can you introduce yourself?

I’m Görkem Yılmaz, 40 years old, I’m married and I have a daughter named Leyla Roza. I graduated from İstanbul University Faculty of Economics. I’ve been in the automotive industry for 15 years. My whole work-life passed along with sales subjects. I’ve worked in the FMCG industry until 2006. And I’ve entered the automotive industry in 2006. Starting from my first day in the industry, I’ve worked in all spheres of sales, identified as retail, public, superstructure vehicles and fleet. I still work as internation&gross companies “key account manager” in Ford Otosan.

How do you view the domestic market’s situation in your industry? How do you interpret the indicators?

Actually, this is a highly comprehensive question. It deserves a step-by-step interpretation from the supply chain to the officer delivering the vehicle to the end-user. I’ll try to explain the subject for you via vehicle sales pieces which make the basis for infographics and economical policy agendas.

*The figures have been taken from TUIK data.

For the first time in Turkey, since it has existed, in 2015, the automotive industry reached sales figures which superseded one million. Despite that more than half of these pieces were crowdsales to rental companies, ultimately there are individuals using the vehicles. This process can be interpreted as the result of the rise in the welfare level of the country. In my opinion, hindering it, lies the global manufacturers’ viewing the country as an ideal base for the cheap labor force and logistics for the middle and long term. As a result, vehicles manufactured at lower costs can be sold to the domestic market by cheaper channels. Adding low interest and monetary expansion policies by Central Bank, pronouncing 1 million sales figures in an 80 million country come out to be a highly normal result. Until 2018, the industry continued talking about these figures. A sharp decline has been experienced in automotive sales in 2018. With the exchange rate shocks and interest rate hikes in 2018, a rapid decline in automotive sales occurred. This decline continued until the real sector’s need to renew the vehicle park, which emerged in 2019. In 2020, pandemic conditions emerged that the automotive industry had never experienced before. I think automotive is one of the sectors that could interpret these conditions the fastest and adapt them to their own living space. No one expected such a quick recovery. Almost in the second month of the epidemic, the factories resumed manufacturing. In fact, the pandemic had increased the appetite for individual vehicle ownership while keeping the masses away from public transportation. This meant that the industry faced an intense demand. As a result, sales started to increase rapidly. At this point, I should remind you that similar demand increases had been experienced by foreign markets as well. It is also noteworthy that all this increase occurred following the SCT change in August 2020. As a result; we can say, the domestic market is quite active these days. On one hand, while the global “semiconductor” (chip) crisis was experienced, many manufacturers had to reduce the capacities of their factories. There are factory shut-downs from time to time. Adding the disrupted supply chain caused by Covid-19, vehicle manufacturing has become a serious topic these days. However, the increase in demand in both domestic and foreign markets still continues. We can tell the automotive industry has never experienced such a period in the last 100 years. Raw material and input costs are increasing, it is getting harder to manufacture vehicles, Turkish Lira is losing value regularly in the country, all of these situations cause product prices to increase almost monthly, but the demand for vehicles never decreases. In fact, it is increasing at a much higher rate than supply.

How did the full shutdown and similar applications affect the demand and manufacturing in the pandemic?

I tried to answer this question a little above. The automotive industry is in a position that adapts the fastest to the pandemic conditions and does not stop its production with the high technology and robot supports they use. Looking at the last two years, I can say that the “chip” crisis has affected the industry more than Covid-19.

On the demand side, this epidemic, which modern man has not experienced before, very quickly led people to hide into their shells, become asocial and become anxious. This situation also increased the appetite for an individual property. Many people who had never owned a private car before wanted to buy a car in some way (either by borrowing or giving up other savings they had). In summary, it would not be an exaggeration to say that the automotive industry faced a serious demand explosion.

While brands like Honda are withdrawing from Turkey, Ford maintains its presence even more firmly. What is the effect of your sales strategy on this?

Ford Otosan (Ford Otomotiv Sanayi A.Ş.) is a publicly traded (18%) company, in which Ford Motor Company* (41%) and Koç Holding (41%) hold equal shares. Ford Otosan, which has been among the top 3 exporting companies in Turkey since 2004; has been the export champion in the automotive sector for the last 10 years and the export champion in Turkey for the last 6 years.

Ford Otosan, which exports engineering with nearly 1500 R&D employees, has the largest R&D organization in the Turkish automotive industry. The global engineering center of Ford’s heavy commercial vehicles, related diesel engines and engine systems, is the support center for Ford’s light commercial vehicle design and engineering. Ford Otosan has all the necessary know-how, ability and infrastructure to design, develop and test a complete vehicle from white paper to product, including its engine.

Founded in 1959, Ford Otosan is the largest commercial vehicle production center in Ford Europe, thanks to its production capacity of 455 thousand commercial vehicles and 70,000 engines and 140,000 powertrains by the end of 2020. Kocaeli and Eskişehir Plants are shown among Ford’s “Best Vehicle Production Centers” in the evaluations between Ford plants.

When we look at all these data, we can say that Ford’s cooperation with Otosan will continue for many long years.

What is Ford’s roadmap for “net zero carbon”? If we take the world in general, can we talk about a possible change in markets and production areas? What are the new variables and which variables have lost their function?

With the emergence of the Kyoto protocol in 1997, all industrial companies started various studies in order to fulfill their greenhouse gas emission limitations and reduction obligations, and then to reduce the effects of climate change. This process accelerated with the Paris Agreement at the 21st Meeting of the Parties of the United Nations Framework Convention on Climate Change (UNFCCC) held in Paris in 2015. The companies set road maps according to the compliance calendars of the countries they operate in, with the Kyoto Protocol and the Paris Agreement. Ford, one of the biggest players in the automotive industry, announced its climate change targets in April 2020 and committed to becoming a “carbon neutral” company by 2050. In this context, sustainability goals were gathered under 3 main headlines:

2-) Putting people at the center of their living space

I can state that serious work has begun to achieve these goals, both globally and in Turkey. This work starts from the factory processes and continues up till the fieldwork activities of the company and of course the transformation of the products offered to the end customer. Manufacturing of fully electric and autonomous vehicles started last year, especially in the United States. In the next 30 years, while conventional motors will lose their function, battery technologies will develop and electric motors will take place more in our daily lives.

Will Ford lead another revolution in product development, akin to getting us to see the car on the streets? For example, how likely are we to see Ford-manned-drones in the city sky in 15 years?

15 years may be short for this transformation, but with the increase in electric vehicle production and the roads having infrastructures compatible with this transformation, we may encounter these and similar innovations in the coming days. Ford started working in many countries apart from producing vehicles suitable for roads, which is its main line of business. For example, in 2019, it unveiled the smart robot called Digit, which is the result of its R&D studies with Agility Robotics. The performance of the 2-legged Digit, which looks like a human, especially up and down the stairs was quite impressive. Thanks to its low weight and autonomous software features, it took one step ahead of its competitors. When we think about this and similar studies, I think that the Ford brand can also invest in unmanned and/or manned aircraft that will travel in the city

The European Green Deal could be at risk