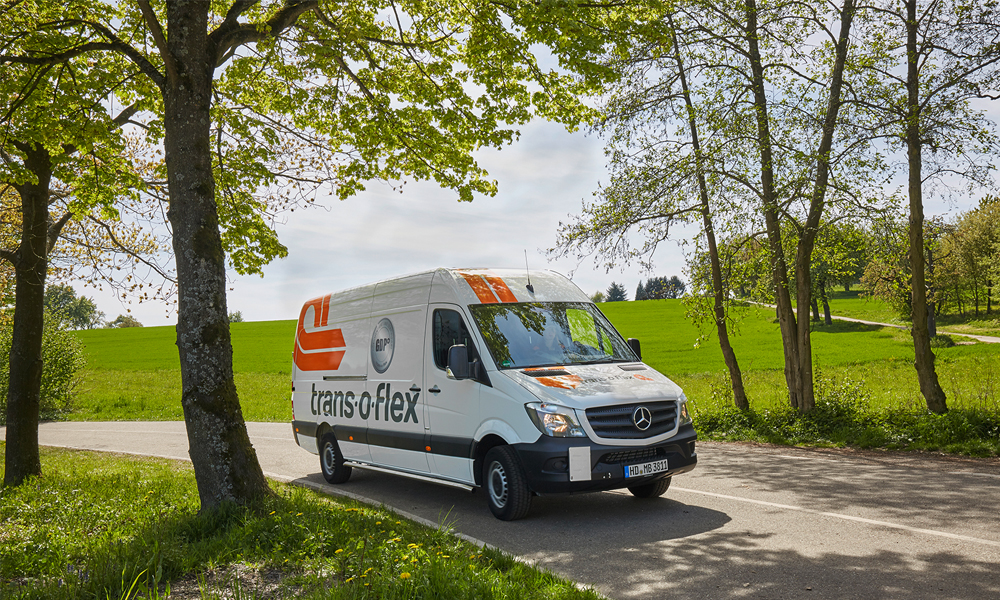 The logistics service provider trans-o-flex, which specialises in the healthcare, cosmetics, consumer electronics and other high-end and sensitive goods sectors, has increased its CO2 efficiency (kilograms of CO2 per kilogram of consignment weight transported) by five per cent. This is evident from the sustainability report for 2021, which has just been published and in which the company describes its development not only from an economic perspective, but also from social and environmental aspects. For the first time, the current sustainability report, which trans-o-flex has published annually since 2010, is based on the international standards of the Global Reporting Initiative (GRI), founded in partnership with the United Nations Environment Programme. “The GRI standards are globally considered best practice for reporting on the economic, environmental and social impacts of corporate activity,” says Wolfgang P. Albeck, CEO of trans-o-flex. “By applying these standards, we can make our development understandable, transparent and comparable beyond individual years for customers, employees and investors.”

Through numerous improvements in both operations and procurement, trans-o-flex has managed to limit the growth of CO2 emissions to 3.11 per cent, according to the report, even though the volume of consignments transported has increased by 11.93 per cent. “To reduce emissions, we identify potential at all possible levels, develop priorities and then consistently lift them,” explains Albeck. “For example, despite significant volume growth, vehicles on behalf of trans-o-flex drove almost six million fewer kilometres last year, and our electricity consumption decreased for the third year in a row.” The main reasons for the fewer kilometres were increased capacity utilisation through improved scheduling and network optimisation thanks to new sites. In terms of electricity consumption, new sorting systems and the ongoing conversion to LED lights are having a positive impact. By the end of 2020, eight trans-o-flex sites had been converted to LED lighting. Ten more were converted in the year under review. “We last used 16.36 million kilowatt hours, compared to 2018, when it was 18.17 million, i.e. eleven per cent more,” says Albeck. “In addition, we were able to obtain 100 per cent electricity from renewable energies for the first time in 2021. In 2018, we were at 94 per cent.” In terms of paper consumption, a quota of 100 per cent recycled paper was also achieved for the first time in the year under review. At the same time, the company has started to switch its invoicing to e-mail. As a result, one million fewer sheets of paper were used. Last but not least, the introduction of new pools for returnable containers has led to more customers switching from disposable to returnable transport packaging. In 2021, 2.3 million consignments were transported in returnable containers.

In the social and community sphere, trans-o-flex 2021 has placed a focus on employee training and development. The company invested more than one million euros here. In addition, according to the report, there are the costs for legally required training, as well as for the training of 38 apprentices and 27 students on sandwich degree courses at university. The subsidiary trans-o-flex Training & Service, which mainly takes care of the training and further development of driving personnel, now employs 20 people.